Before we get to the interview though, let’s talk about being proactive when it comes to drone threats. Sometimes we hear people say, “If a drone is going to attack, there is no stopping it.” While this may be true in certain situations, consider this. More often than not, bad actors will prepare for an attack/mission by going to the actual location where they plan to carry it out. They will stake out the surrounding area and practice in whatever way they can. It’s called a dry run.

Particularly with drones, perpetrators want to test flight paths and security team response to drone incursions. We know this is particularly true in the corrections environment with contraband delivery. In this environment, we’ve actually seen drone detection deployment act as a deterrent for future delivery attempts.

Whether the dry run is days before a planned attack/mission or on the actual day, this is your opportunity to prevent it altogether. The ability to locate the drone and pilot, especially in this situation, is absolutely essential.

What is Mobile Drone Detection?

Several vendors have recently introduced mobile drone detection technology that quite frankly doesn’t look or act the part. Their solutions are either extremely cumbersome or look like military vehicles, not to mention incredibly expensive and usually illegal for non-federal entities. As we mentioned before, bad actors typically conduct dry runs, so one of the goals with mobile drone detection is to be discreet. For example, when high-profile individuals must be protected, going unnoticed is critical.

A major benefit of mobile drone detection is in the name – it’s mobile. It’s important to have the ability to relocate the technology easily as situations unfold or event locations change. The easiest way to deploy is by installing the hardware and software in a command control vehicle or marine vessel, depending on the area to protect. For enhanced location accuracy, more than one vehicle or vessel could be used to create a search grid. Another option is to use a fixed deployment to create a dynamic network with the vehicle or vessel in times of expanded operation.

Law enforcement looking into mobile drone detection need to consider a few things in addition to the movability and appearance of the technology. What kind of location information is needed for the drone? What about the pilot? What regulations do you need to abide by? (FAA, FCC, DOJ, etc.) 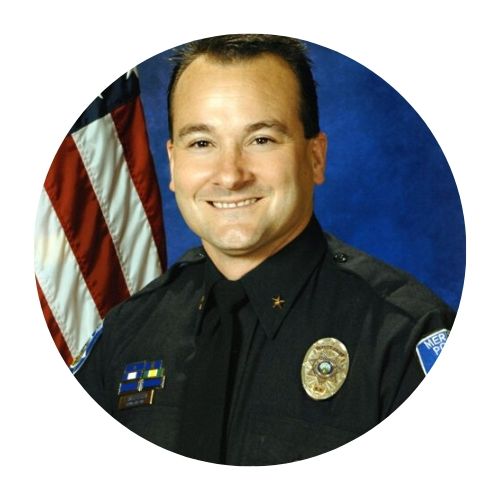 1. What are the biggest drone threats on your mind for 2020?

The biggest concern I have when it comes to drones is the ability for a pilot to film our general police movements and operations, especially SWAT operations. Whether it’s a training event or a live incident, video and live streaming can be an immediate or imminent danger to the safety of our officers and the general public. Drones can also unfortunately get in the way of paramedics trying to save lives.

Another concern I have is drone pilots who use their device to disrupt traffic on highways and other roadways. Fortunately, our department has not had any incidents like this yet. I think it’s not a matter of if but when though.

With a rural environment like Idaho and being on the Canadian border, we have to worry about drones being utilized for drug trafficking purposes.

Also, there are obvious privacy issues with drones. Whether someone is using a drone in a park or over homes or farmers’ property, our department must respond to each call. We use drones in emergency situations, and many police departments use drones to document crime scenes for quicker clean up. The last thing we want is a drone operator taking pictures in those situations.

From a drone technology standpoint, they are only becoming more sophisticated. The ability to operate longer before recharging and load capacities are increasing.

2. Are there any emerging threats law enforcement has recently become aware of?

The recent “mystery drones” in Colorado definitely concerned me. It felt like there could have been someone just trying to disrupt a community for no apparent reason.

Situations like that can hurt the reputation of a police department in the community if they are unable to provide concrete answers.

3. What are some of the use cases for a mobile drone detection system?

There are several use cases for a mobile drone detection system. Any time there is a large-scale SWAT operation or event going on, we try to remain aware of the aerial space around us. Having a system that can alert us to drone activity in the area and be easily relocated would be extremely beneficial.

Mobile drone detection systems will continue to become even more important and relevant as drone technology increases in sophistication and the longer drones can stay in the air autonomously.

Drones live streaming during highly volatile situations puts officer and civilian lives at risk. As I mentioned earlier, drones attempting to disrupt traffic could put a lot of lives at risk too.

Of course, any time there is a large gathering of people at an event, we have to be mindful of attack scenarios which include an attack by drone.

There is nothing in Idaho law that protects us against taking down drones especially if we were to damage it in the process. Even if it was allowed at the federal level, I would be concerned about state laws.

If drone jamming was legal, we would have to ensure the drone could land without disruption or injuries to a crowd. We would not want to create a greater/more dangerous situation than it is already creating.

5. What can an officer do if they come into contact with a careless drone pilot vs a nefarious actor (what is allowed by law)?

The laws around this aren’t extremely clear cut. It would depend on the situation. If it was a careless drone pilot, we could cite them under state code and issue a civil penalty. If the pilot was putting someone’s life in danger, I’m sure we could identify a state or city code that would allow an arrest. We have to get somewhat creative when it comes to a criminal arrest.

If the pilot was moving drugs, we could pretty easily arrest them but would have to provide very detailed evidence of how they were aiding in a criminal act.

If a drone was seen taking photo or video of a person, that person would have to come forward and make a complaint. In this case it would be a civil penalty.

6. What are the best practices when recovering a drone that has crash landed?

The first thing would be to photograph the site. Next, we would want to obtain the serial number. Hopefully the drone is registered with the FAA, and we can interview the owner. We would then take the drone back to headquarters and try to obtain any other information.

7. What drone issues has your department experienced if you can share any?

We have had several privacy related complaints – people saying that a drone was in their backyard or near their house spying on them or someone in their family. There have been no life-threatening issues up to this point, but I don’t expect that trend to continue unfortunately.